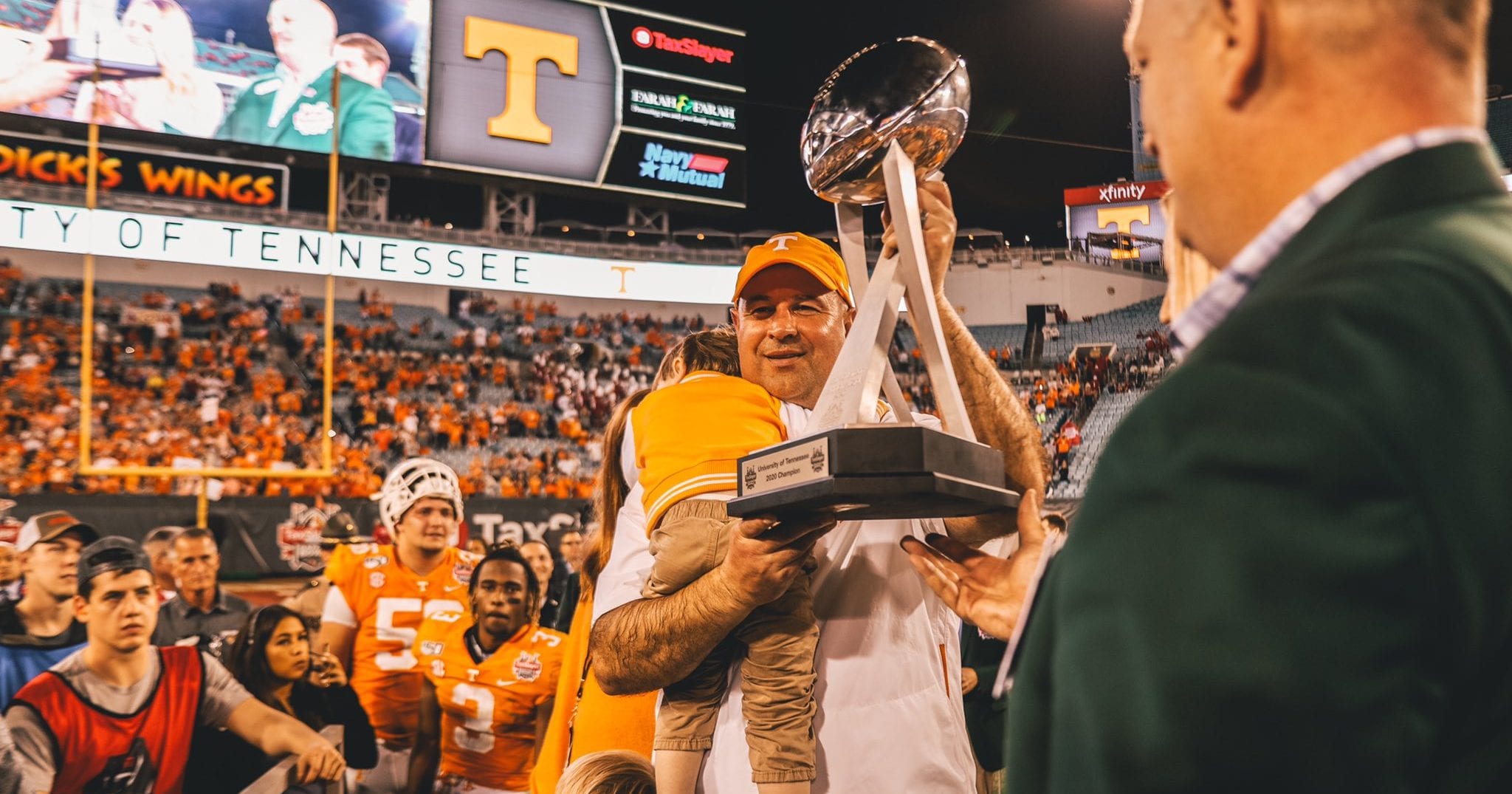 Jeremy Pruitt often talks to the media about how his team finds ways to win in the face of adversity, however, yesterday’s come from behind victory for the Vols over Indiana was in an entirely different universe. When most fans had completely lost hope and were ready to wave the white flag, Tennessee did the unthinkable, they stormed back and crushed the hearts of the Hoosier faithful.

It all started after Quavaris Crouch pounded his way into the checkerboards, cutting Indiana’s lead down to a single possession. The Vols would likely kick the ball deep and attempt to get a three-and-out, using their timeouts to preserve time in the process, then get the ball back to Jarrett Guarantano and the Vols’ offense in hopes of driving down the field for a walk-off touchdown. Unlikely? Yes, but it at least gives you an opportunity to come out victorious.

This was likely the scenario going through the heads of most Vol Fans, but Tennessee Head Football Coach Jeremy Pruitt had a different plan. Tennessee’s kicker, Paxton Brooks, completely caught Indiana’s special teams off guard by performing an onside kick. The Vols did this many times last season, and while they came close, they never succeeded in recovering the football. Pruitt moved away from that aggressiveness this season as the Vols never attempted an onside kick. However, that changed as the ball bounced directly into the arms of Eric Gray as he secured the football. The partisan Tennessee crowd erupted with cheers of disbelief and excitement as the minority fans of Indiana were in a completely different kind of disbelief which was more resemblant of melancholy.

Tennessee had a monumental opportunity, but they still had to drive to the endzone to take the lead. Guarantano dropped back to throw and hit a wide-open Josh Palmer for a gain of 23, racking up a 15-yard facemask penalty on top of that. Two plays later Guarantano handed the ball off to Eric Gray, the same player who had just recovered the onside kick, who ran 13 yards into the Checkerboards for the touchdown. Tennessee had now returned from the dead, taking a 1-point lead.

Brooks then kicked the ball through the endzone for a touchback, setting the Hoosiers up at the 65-yard line. Peyton Ramsey dropped back to pass for the first play of the drive, hitting a wide-open Ty Fryfogle for a 39-yard gain. Vol Fans’ minds shifted to the worst of places, Indiana was going to drive down the field and take the lead over UT leaving the Vols with just a few moments remaining to try to answer. Ramsey then snapped the ball again but fired incomplete to Whop Philyor, the clock stopped, and the Vols’ defense got a minute to regroup. The Hoosiers were knocking on the door of field goal range, but when the ball was snapped for the 2nd down play, Darrell Taylor met Ramsey for a big loss. On 3rd and 19, the Hoosiers were able to scramble to get near the targeted field goal range setting up a massive attempt for Logan Justus. The ball was snapped and held perfectly, the kick elevated high into the air but leaked to the right. Justus had missed his 2nd of the night turning the ball over on downs.

Tennessee ran the clock down to near a minute before punting it back to Indiana for one final drive that would decide the match-up. Ramsey hit Peyton Hendershot for a big gain and set up a thrilling finish to the game as fans of both teams sat at the edge of their seats. A few plays later the game was on the line as the Hoosiers were set up with a critical 4th and 10 that would likely determine the game. Ramey snapped the ball, looked to his right and fired what was likely one of his worst passes of the game to turn the ball over on downs, sealing the victory for Tennessee.

Make no doubt about it, almost nobody thought that Tennessee would come back from a 22-9 deficit with roughly 5 minutes remaining in the 4th Quarter to beat Indiana, but they did. The Volunteers were able to do what Jeremy Pruitt said they had to all season, “find a way to win.”

The decision that Jeremy Pruitt made in regards to the onside kick was an extremely high-risk high reward situation, if you call it and you get it, you’re praised as a genius, while if you don’t you’re criticized as a moron. The execution on the play was also a beauty. Paxton Brooks’ kick was absolutely perfect, he kicked it lightly enough to give Eric Gray a good chance at recovering it, while at the same time giving it enough heat to make it travel the 10 yards. Eric Gray’s patience was also terrific, he made sure to let the ball travel 10 yards before letting it land in his arms. Many in his situation would have gotten anxious and grabbed the ball, but Gray kept his cool and it paid off monumentally for his team.

With the momentum and the ball, belonging to Tennessee they still had to find a way to get into the endzone. Guarantano had been awful up this point in the game but he had to put that behind him and make some catchable throws in order to complete the comeback. On the first play, Guarantano hit a wide-open Josh Palmer in stride as he traveled 24 yards for the Vols. This element of the game will be overlooked by many due to his poor performance earlier, Guarantano was able to put his past mistakes behind him and deliver a great throw to get Tennessee into the RedZone. Sure, it wasn’t the hardest throw to make, but you have to give credit where credit is due. The Vols then turned to Eric Gray on 2nd Down and pounded his way into the endzone, solidifying his status as the Game’s MVP if his team could pull off a victory.

On Indiana’s opportunity to answer the Vols were faced with adversity. On the first play of the drive, Peyton Ramsey delivered a beautiful pass to Fryfogle who was brought down at the UT 36 yard line. This type of adversity is what great football teams can overcome, after giving up a massive gain on the first play of the drive, will you lay down and give up or put on more steam? The Vols ended up putting on more steam as they shut down the IU offense setting up a crucial 52-yard Field Goal for Logan Justus, which he ended up missing. After the Vols ran the ball 3 times, twice in the wildcat, they punted the ball back to Indiana one last time. Again, the Hoosiers had a big play to start the drive, as Ramsey delivered a beautiful ball to Hendershot setting the Hoosiers up about 10 yards short of Field Goal range. The same result ended up happening again as the Vols defense locked down to force 4 consecutive incompletions sealing the game for the Big Orange. Adversity was defeated as the Vols became the first beam in FBS history to come back from being down 13, or more, in the final 5 minutes of a game. 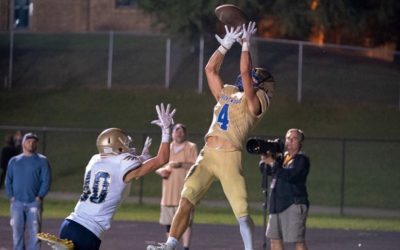 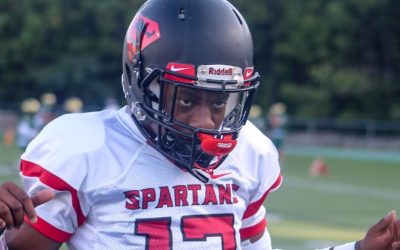 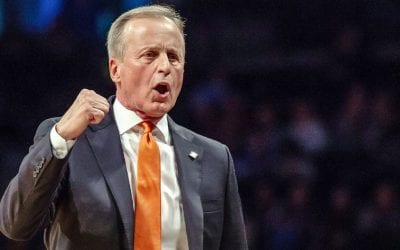